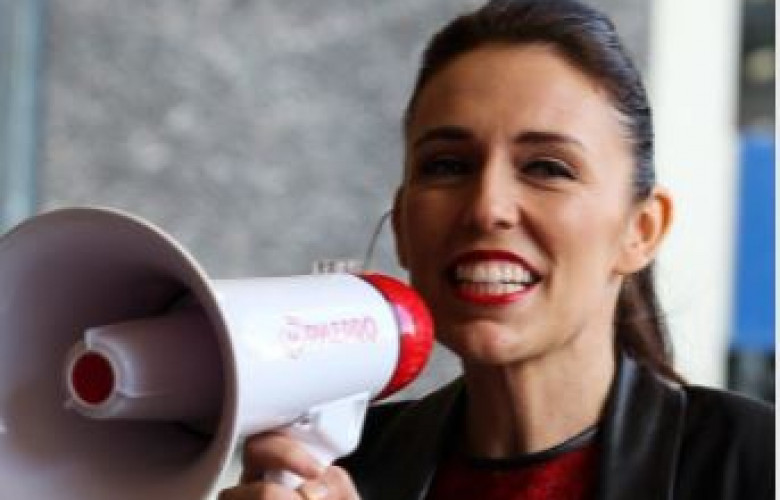 In Parliament this week, Prime Minister Jacinda Ardern again condemned Vladimir Putin’s attack in no uncertain terms – describing it as “the blatant act of a bully – brutal, intolerable, and an act of aggression.”

Other party leaders largely echoed the Labour leader – with the National Party’s Christopher Luxon even describing Putin as “completely unhinged” in comments to media.

The strong language and condemnation might suggest that New Zealand’s position is indistinguishable from that of other Western countries.

This has certainly been an impression that Ardern has been keen to give when questioned on the matter, as she was on Tuesday by the Act Party’s foreign affairs spokesperson, Brooke van Velden.

This week, even Japan and Singapore fell into line with EU, UK and US-led moves to make Russians pay a heavy economic price for Putin’s brutal war. Both countries had been traditional hold-outs on sanctions.

But instead of immediately reintroducing a ready-to-go autonomous sanctions bill from National that Labour had previously blocked, Ardern this week said the Government was working on a bespoke Russian sanctions bill.

For Jacinda Ardern, this is a typically pragmatic solution, with advice to be sought and details to be worked out in good time.

But the problem for the Government is that, globally, nuance has largely been thrown out the window in the West’s response to Russia’s brutal assault against its neighbour.

Shocking images of Russia’s bombing and destruction of Kyiv, Kharkiv and other Ukrainian cities – alongside the massive influx of refugees into Poland and other EU countries – have galvanised the world’s response to Ukraine in a way that few would have thought possible, even just a few short weeks ago.

Rather than Ardern’s cautious approach, rapid decision-making and retribution are now very much the order of the day.

Across the West, countries are rushing to supply Ukraine with weapons to defend itself.

From New Zealand’s part of the world, Australia’s contribution of $70m in arms is notable.

But Germany’s overnight transformation of its foreign policy is perhaps even more instructive.

In response to the invasion, German Chancellor Olaf Scholz not only scrapped the Nord Stream 2 gas pipeline between Germany and Russia – itself a hugely significant and symbolic shift.

Scholz is also pledging an enormous new, one-off war-chest of €100 billion ($NZ163 billion) and is committing to lifting its military budget to a minimum of 2% of GDP – a huge increase on the country’s current spending level of roughly 1.5%.

After a steady decline from 3% of GDP in 1980 to a low-point of around 1.1% in 2015, New Zealand’s own military spending has been increasing rapidly ever since.

It currently hovers around the same 1.5% level that Germany had until Scholz’s new commitment.

Could New Zealand follow Germany’s lead and seek to increase its military budget even further?

Both the recently-released Indo-Pacific Strategy of the United States and New Zealand’s own new hawkish defence assessment suggest that it might.

The two new blueprints openly identify China as a threat.

Russia’s sudden invasion of Ukraine may well be harnessed to emphasise the risk of geopolitical instability in Asia – and the perceived need to counter this with military deterrence.

If Russia’s invasion of Ukraine heralds the start of a new militarisation of the world, Labour’s decision last year to spend another $NZ20 billion on defence could be just the beginning.

During the early Cold War period, US President Dwight Eisenhower’s ‘Cross of Iron’ speech in 1953 warned of the trade-offs that higher military spending brings: “Every gun that is made, every warship launched, every rocket fired signifies, in the final sense, a theft from those who hunger and are not fed, those who are cold and are not clothed.”

In other words, the “peace dividend” of the post-Cold War era is now gone – as geopolitical analyst Ian Bremmer points out.

By arming Ukraine and imposing massive economic sanctions on Russia, the West hopes that Vladimir Putin will reconsider his actions and stop the war.

Alternatively, some hope that Putin could be rolled in a ‘palace coup’ that brings a more benevolent leader to power.

But there are far less palatable endings as well.

If Russia’s economy collapses, it may bring about a repeat of Russia’s turmoil of the 1990s – the ultimate outcome of which was Putin’s own rise to power.

Another worst-case scenario could be a war inside Russia itself.

The Russian Civil War from 1917 to 1922 still holds the Guinness World Record for being the world’s ‘costliest civil war’, with some 10 million soldiers and civilians dying from fighting, starvation and illness.

It is also worth recalling the more recent, sobering experience of the Arab Spring.

Revolutions across the Middle East in 2011 ultimately resulted in long-running, bloody civil wars in Libya, Syria and Yemen – and powerful new strongmen in Egypt and Tunisia who tolerate little in the way of dissent.

As always, it is a case of being careful what you wish for.

Away from sanctions and military spending, New Zealand has some other useful options that it could tap into as a small democracy.

Using the tools of multilateralism has been one pathway.

New Zealand was also one of over 90 countries to co-sponsor a UN General Assembly resolution condemning Russia’s military offensive, which passed with support from 141 of 193 member states.

Moscow’s current disregard for diplomacy makes an intermediary role for New Zealand seem less likely in the short term, although Putin’s belligerence has not stopped Israel, France and even China from trying to keep dialogue alive this week.

Another area on which New Zealand could focus is the nuclear threat.

Vladimir Putin announced on Sunday that he had placed Russia’s nuclear forces on high alert.

The implicit nuclear threat also underpins the refusal by NATO and its allies to enforce a ‘no-fly zone’ over Ukraine that Ukrainian President Volodymyr Zelensky has called for.

Jacinda Ardern made no mention of the nuclear dimension in her speech to Parliament this week.

This is perhaps surprising, given that Labour’s adoption of a nuclear-free policy in 1984 became such a cornerstone of New Zealand’s identity and outlook.

Behind the scenes, however, New Zealand this week did sign up to a joint statement from 13 countries at the UN – mainly from Latin America – that expressed “grave concern and rejection” of Putin’s threats.

In just one week, Russia’s invasion of Ukraine has already changed geopolitical calculations around the world.

Vladimir Putin has certainly given New Zealand a lot to think about.

And this is just the start.