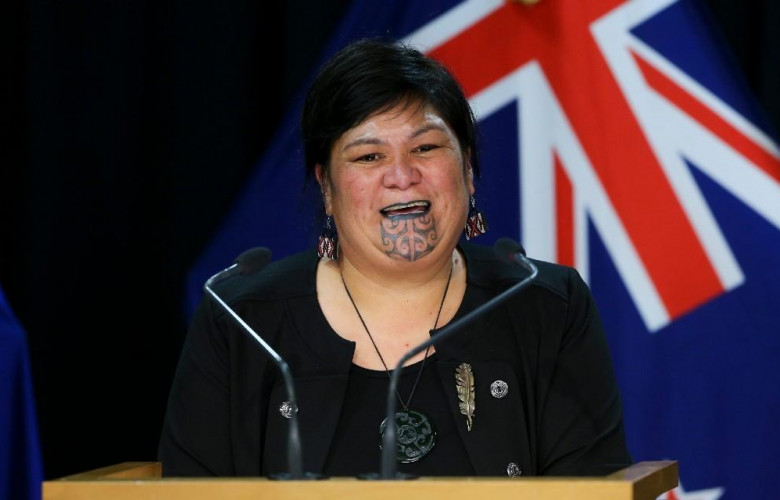 New Zealand’s foreign minister began a seven-country tour of Australia, Singapore, Indonesia, the UAE, Qatar, the US and Canada on Thursday.

Mahuta was appointed foreign minister a year ago this month.

New Zealand’s specific elimination approach to Covid-19, with isolation requirements for returning travellers, explains some of the delay – especially in the period before vaccines became widely available.

Still, Damien O’Connor, the trade minister, managed to make his first foreign trip five months ago – to Europe in June.

He has since completed a second visit to continue free trade negotiations with the EU, also visiting the US on the way.

Mahuta’s recent focus on major reforms in her other ministerial portfolio, Local Government, helps to explain why she is travelling only now.

The Government’s sensitivities towards overseas travel by ministers – given the inability of many New Zealanders to return home because of a shortage of spaces in managed isolation and quarantine (MIQ) hotels – are another big factor.

Whatever the reasons, the fact that the trip is now progressing is a good thing.

As last week’s virtual APEC events showed, video conferencing has its advantages – but also its limits.

A first foreign trip is always of symbolic significance.

Covid-19 circumstances and logistical constraints will have played a role in determining the agenda.

It is obvious that not every country can be visited first or at once.

Nevertheless, at first glance, there are intriguing omissions.

For one, it seems surprising that Mahuta is not visiting the Pacific on her first foreign trip.

Mahuta repeatedly stressed the “centrality of the Pacific” to New Zealand’s foreign policy in a major speech about the region to the New Zealand Institute of International Affairs (NZIIA) in early November.

Peters’ ‘Pacific Reset’ – announced in 2018 – refocused New Zealand’s foreign policy ambitions towards its immediate neighbourhood, as Wellington’s response to the growth of Chinese influence in the region.

The NZIIA address would have been a useful stage-setter for an in-person visit by Mahuta.

Perhaps the covid-free status of several Pacific nations – combined with New Zealand’s current coronavirus outbreak – made a trip there now by Mahuta a non-starter.

Still, Fiji – which suffered a devastating Delta outbreak earlier this year, but is now reporting low levels of cases – would have been an option to demonstrate New Zealand’s commitment to the Pacific.

China is the other obvious omission from Mahuta’s itinerary.

A trip is undoubtedly well overdue: the last time a New Zealand foreign minister visited Beijing was in May 2018.

Even at Prime Ministerial level, Jacinda Ardern has made only one brief visit to China – a single-day visit in 2019.

The logic might also be that China and the Pacific are so important that they warrant separate trips.

Yet Mahuta’s current trip might also be designed to demonstrate diversification away from China, a view that the University of Otago’s Robert Patman expressed last week.

Friday’s first stop was in Australia – where Mahuta held the second set of annual consultations with Marise Payne in the Blue Mountains.

Mahuta owed her Australian counterpart a return visit, after Marise Payne visited Wellington during a short-lived travel bubble in April.

The inclusion of Singapore on the agenda – albeit only as a brief transit meeting – is also unsurprising.

New Zealand enjoys a close relationship with Singapore in both trade and defence.

In the pandemic’s early, panicked stages in March 2020, Singapore made a special commitment with New Zealand to keep supply chains open for essential goods.

Singapore Airlines has kept flying to New Zealand throughout the pandemic, providing a crucial link for passengers and freight.

This year also marks the 50th anniversary of the Five Power Defence Arrangements (FDPA), in which New Zealand and Singapore are both members.

Singapore also shares some similarities with New Zealand in its position towards China.

Neither Singapore, nor New Zealand are members of the new Aukus defence pact between Australia, the United Kingdom and the United States.

But neither have they been terribly hostile towards the new arrangement.

In response to a question on Aukus at her recent NZIIA speech on the Pacific, Mahuta said “we welcome interest in our region”, adding that “the overriding ambition for our region, extending across the Indo-Pacific, reflected by ASEAN [Association of Southeast Asian Nations] partners, is that a more peaceful, prosperous, stable region is in our shared interests”.

Mahuta’s subsequent visit to Indonesia, which, like Singapore, is also a key member of the ASEAN grouping, may bring differences over Aukus into sharper focus.

Jakarta has been one of the most critical voices on Aukus.

The day after the deal was announced, Indonesia’s foreign ministry said that it was “deeply concerned over the continuing arms race and power projection in the region”.

Jakarta also made a thinly veiled rebuke of Australia, calling upon it to “maintain its commitment towards regional peace, stability and security”.

A scheduled visit to Indonesia by Australian Prime Minister Scott Morrison in late September was cancelled.

Mahuta’s visits to two Gulf countries – the United Arab Emirates (UAE) and Qatar – will be important for promoting a broader foreign policy agenda.

The foreign minister’s visit to the UAE is timed to coincide with New Zealand’s hosting of the Te Aratini Festival of Indigenous & Tribal Ideas at Expo 2020 Dubai.

For Mahuta, who emphasises Māori values and culture in her foreign policy, this will be an unquestionable highlight of the trip.

The UAE and Qatar stops will be useful for advancing New Zealand’s general relations with the Gulf, a lucrative and growing market for New Zealand exports.

Both Emirates and Qatar Airways have provided vital airlinks with New Zealand throughout the pandemic.

The separate visit to Doha is also an acknowledgement that Qatar is now a major regional player.

It is the only country of the seven on the trip in which New Zealand does not have a diplomatic mission.

Mahuta’s visit to Doha may be a chance to start thinking about opening an embassy there.

The final stops on Mahuta’s inaugural tour – to Washington D.C. and Ottawa – are nicely balanced.

A meeting with US Secretary of State Antony Blinken will be the highest-profile engagement on the minister’s two-week trip.

Sensitive issues related to the new Aukus pact and China’s role in the Indo-Pacific will invariably be on the pair’s agenda.

Overall, New Zealand is maintaining its approach of trying to keep both China and Western partners happy.

But some more pro-US signs have emerged from New Zealand in recent months.

Mahuta’s headline-grabbing comments in April that she was unwilling to sign New Zealand up to Five Eyes statements that criticised China have somewhat faded from view.

Most recently, Dame Annette King, New Zealand’s High Commissioner to Australia, suggested that New Zealand could have some involvement in Aukus after all, at least in cybersecurity.

It seems unlikely that King’s comments were made completely off-the cuff.

Meanwhile, new Canadian foreign minister Mélanie Joly may be interested in learning how New Zealand navigates its relationship with China.

There is also potential for Mahuta to bond with Joly over their shared interest in bilingualism. Joly previously held the ‘Official Languages’ ministerial portfolio and is a strong advocate for the use of French in Canada.